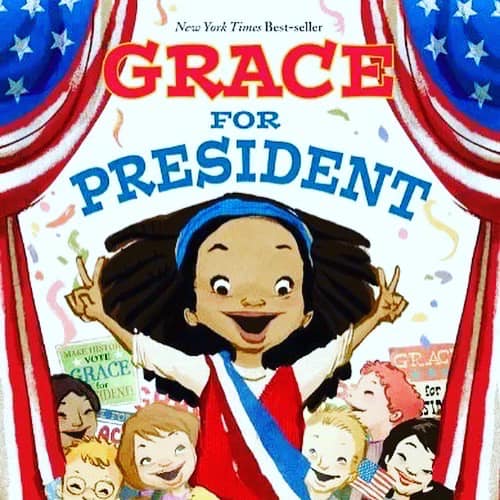 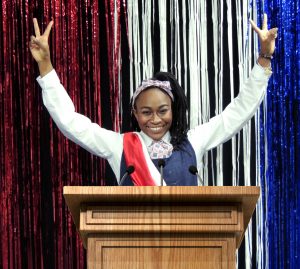 Grace for President tells the story of a girl, who, stunned to discover that all U.S. presidents have been men, decides to kick off her own political career by running for president of her class. She faces off against a popular boy and wins in a surprising way. The lesson? That women – whether Grace, Kamala Harris or anyone in the audience – can run for office, win, and lead.

Based on the book by Kelly S. DiPucchio and adapted for the stage by Joah Cushing, this musical about girl power is an entertaining hit for all ages and audiences.

Adapted for the stage by Joan Cushing, CCT is excited to bring this musical production of Grace for President to the CMFA stage. In addition to offering an inspiring perspective on the opportunities for women in America, the show serves as a great primer for young people on the electoral process and drives home the critical role of character in leadership. With a perfect balance of humor, music, and education – it’s a great fit for the whole family.

The show is directed by CCT Artistic Director, Jerry Stevenson. “This year we put careful thought into balancing older classics with newer, more topical programming,” says Stevenson, “and I think Grace for President is the perfect show to start the season.”

Fittingly, the role of Grace Campbell will be played by local teachers Akira Taylor and Erica Cooper. Akira teaches Math at Midlands Art Conservatory, while Erica teaches Dance at Eau Claire High School. The choreography is by Lisa Sendler and costumes are by Jerry Stevenson and Donna Harvey.